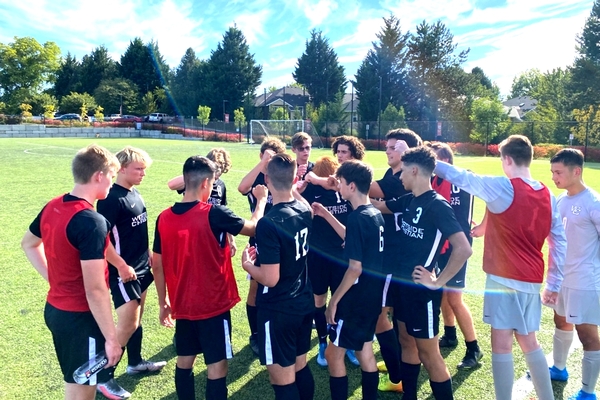 The 2021 season is Housley's first year with the Westside soccer program. Coach Housley brings over 15 years of coaching experience to the program and quickly made an impact, positioning the team to make a strong surge in post-season play. It has been more than 9 years since the Eagles have made an appearance in the district playoffs and not only did they make the playoffs in 2021, but homefield advantage was secured by finishing 4th in league play. The Eagles advanced to the second round but fell short to a strong OES side.

This season, with a winning record of 7-5-1 overall, places Westside in a great position to see great success in the near future. Housley has high hopes for this program with only 4 seniors graduating and a strong young group of talented players coming up the ranks.

Coach Johnson begins his third year with WCHS. Luke was born and raised in the UK, and has played club and high school soccer in the US; participating in State Finals both as a player and USSF referee.
As a qualified coach, he has high school coaching experience and has directed youth soccer camps in Oregon. Luke also attends Rose Church and is a member of Portland College Younglife.

Click here for the Varsity Boys' Soccer Schedule and Scores

Click here for the JV Boys' Soccer Schedule and Scores